Skip to Read In This Article

Turkish coffee is a traditional brewing method that has a long and rich history in Turkish culture. With its intense and bold flavours, Turkish coffee is beloved by coffee enthusiasts all over the world. In this article, we will explore the history, ingredients, and traditional methods of preparing and serving Turkish coffee, as well as the unique flavour profile and health benefits of this delicious beverage.

The History and Cultural Significance of Turkish Coffee

Did you know that Turkish coffee has a rich history dating back centuries? It’s believed to have originated in the Ottoman Empire, and it’s still a popular beverage throughout the Middle East and beyond. In fact, Turkish coffee culture is so important that it’s been inscribed on the UNESCO Representative List of the Intangible Cultural Heritage of Humanity. So, not only is Turkish coffee delicious, but it also has a lot of cultural significance. Pretty cool, right?

Turkish coffee has a long and rich history that dates back centuries. It is believed to have originated in the Middle East and was later introduced to Europe through the Ottoman Empire. Today, Turkish coffee is a beloved and integral part of Turkish culture and is enjoyed by people all over the world.

In Turkey, coffee plays a central role in social and cultural gatherings. It is often served as a sign of hospitality and is an important part of traditional ceremonies, such as weddings and celebrations.

The Ingredients and Equipment Needed to Brew Turkish Coffee

Brewing Turkish coffee is a simple process that only requires a few basic ingredients and pieces of equipment. You will need:

That’s it! With these things, you’ll be well on your way to making delicious Turkish coffee at home.

The Traditional Method of Preparing and Serving Turkish Coffee

So, how do you actually go about brewing Turkish coffee? First, you’ll want to measure out your ingredients. A good rule of thumb is to use about one tablespoon of finely ground coffee beans per cup of water. Then, add the water and coffee to your cezve, and stir in any sugar you want to use. Next, heat the cezve over medium heat, stirring constantly until the coffee comes to a boil. Once it reaches a boil, remove it from the heat and let it settle for a minute or so.

One of the things that set Turkish coffee apart from other types of coffee is its unique flavour profile. Because the beans are ground extremely finely, Turkish coffee has a very strong, rich flavour. It’s also typically served with a small amount of sugar, which can add a touch of sweetness to the overall taste.

Turkish coffee is also traditionally brewed with the grounds left in the cup, which adds to its unique flavour and texture. The coffee is served unfiltered, which means that the grounds settle to the bottom of the cup as you drink it.

Some people describe the flavour as being slightly smoky or even nutty. If you’re a fan of bold, full-bodied coffee, then you’ll probably really enjoy Turkish coffee. It’s definitely a different experience from your average cup of drip coffee

The Health Benefits and Potential Drawbacks of Drinking Turkish Coffee

Like any type of coffee, Turkish coffee can have both potential health benefits and drawbacks. On the plus side, coffee in general has been linked to a number of health benefits, including improved cognitive function and a reduced risk of certain diseases.

However, it’s worth noting that Turkish coffee tends to be higher in caffeine than other types of coffee, so it may not be the best choice for people who are sensitive to caffeine or who have trouble sleeping.

Additionally, because Turkish coffee is made with finely ground beans, it can be high in cholesterol-raising compounds called diterpenes. So, while Turkish coffee can be enjoyed in moderation, it’s important to be mindful of your overall caffeine and diterpene intake. 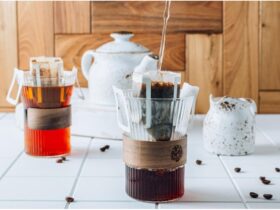 Discover the distinctions: Instant vs Ground Coffee – Which one reigns supreme? 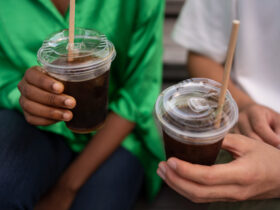 How much caffeine is in Starbucks iced coffee 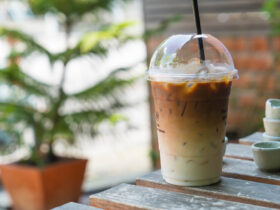 How to sweeten iced coffee 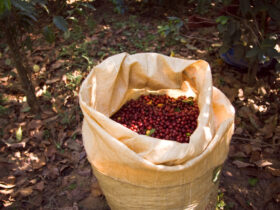 Ways to Customize the Flavour of Turkish Coffee

One of the great things about Turkish coffee is that it’s very versatile and can be customized to your taste preferences. For example, you can use different types of coffee beans to achieve different flavour profiles. Turkish coffee is also delicious when served with a pinch of spice.

Cardamom is a particularly popular choice, as it pairs well with the rich flavour of the coffee. You can also try adding a pinch of cinnamon or even a splash of orange blossom water for a unique twist on the traditional flavour. And if you prefer your coffee sweet, you can adjust the amount of sugar you use to suit your taste.

So, don’t be afraid to experiment and find the perfect combination of flavours for your Turkish coffee! Another popular way to customize the flavour of Turkish coffee is by using different sweeteners. In addition to granulated sugar, you can try using honey, maple syrup, or agave nectar to sweeten your coffee.

Tips for serving Turkish coffee at home, including how to pour and serve it to guests:

If you’re planning on serving Turkish coffee to guests at home, there are a few things you’ll want to keep in mind.

With these tips, you’ll be well on your way to hosting a memorable Turkish coffee gathering!

The Role of Turkish Coffee in Social and Cultural Gatherings

In Turkey and other parts of the Middle East, coffee plays a central role in social and cultural gatherings. It is often served as a sign of hospitality and is an important part of traditional ceremonies, such as weddings and celebrations.

Coffee is also an important part of business meetings and other formal occasions in these cultures. It is not uncommon for coffee to be served before, during, and after meetings as a way to foster connections and build relationships. So, if you’re looking to bring a little bit of Turkish culture into your home, hosting a Turkish coffee gathering is a great way to do it!

The Future of Turkish Coffee

While Turkish coffee has a long and rich history, it is also constantly evolving and adapting to new trends and innovations. For example, there are now many different types of Turkish coffee makers on the market, ranging from traditional cezves to more modern appliances like electric Turkish coffee pots.

There are also new ways to serve Turkish coffee, such as adding it to cocktails or using it as a base for cold brew. In recent years, there has been a resurgence of interest in traditional brewing methods, including Turkish coffee.

As more people discover the rich flavours and cultural significance of Turkish coffee, it is likely that we will see an increase in the popularity of this traditional brewing method. Who knows what the future holds for Turkish coffee – one thing is for sure, though, it’s a beloved beverage that’s here to stay

Turkish coffee is a traditional and beloved part of Turkish culture that has gained popularity all over the world. With its rich flavours and cultural significance, Turkish coffee is a unique and enjoyable way to experience the art of brewing and savouring coffee. Whether you are a seasoned coffee connoisseur or are just starting to explore the world of speciality coffee, Turkish coffee is definitely worth a try.

Suggested: The wide world of coffee flavours: a beginner’s guide

G. Hall
View More Posts
My life is about coffee: make it, drink it, teach it and traveling to different countries. Next level latte art and always the freshest beans. At work, I make fresh coffee concoctions paired with tasty treats that are perfect for breakfast or any time of day. When I am not at work I am with my two boys, we enjoy going for hikes and watching silly movies.

This site uses Akismet to reduce spam. Learn how your comment data is processed. Hello!! My name is Willie

My life is about coffee: make it, drink it, teach it and traveling to different countries. Next level latte art and always the freshest beans. At work, I make fresh coffee concoctions paired with tasty treats that are perfect for breakfast or any time of day. When I am not at work I am with my two boys, we enjoy going for hikes and watching silly movies.

Discover the distinctions: Instant vs Ground Coffee – Which one reigns supreme?

Are you a coffee connoisseur constantly torn between the convenience of instant and the rich taste of ground coffee? Look no further! Discover the distinctions and uncover the ultimate brew in our showdown of instant vs ground coffee. Will instant reign supreme or will ground coffee steal the crown? Join us on our quest to find out and brew the perfect cup every time.

How much caffeine is in Starbucks iced coffee

Want to know how much caffeine is in Starbucks iced coffee? Look no further! We've got all the deets on the caffeine content in your fave iced coffee drinks from the coffee giant. Whether you're a daily iced coffee drinker or just enjoy a refreshing sip every now and then, this guide is a must-read.

How to sweeten iced coffee

Explore the pros and cons of different sweeteners, including natural and artificial options, and find tips for incorporating other flavors into your iced coffee. Discover strategies for adjusting the sweetness to your personal taste, and learn how to make iced coffee at home using hot-brewed or cold brew methods.

01/01/2023
We use cookies on our website to give you the most relevant experience by remembering your preferences and repeat visits. By clicking “Accept”, you consent to the use of ALL the cookies.
Do not sell my personal information.
Cookie SettingsAccept
Manage consent

This website uses cookies to improve your experience while you navigate through the website. Out of these, the cookies that are categorized as necessary are stored on your browser as they are essential for the working of basic functionalities of the website. We also use third-party cookies that help us analyze and understand how you use this website. These cookies will be stored in your browser only with your consent. You also have the option to opt-out of these cookies. But opting out of some of these cookies may affect your browsing experience.
Necessary Always Enabled
Necessary cookies are absolutely essential for the website to function properly. These cookies ensure basic functionalities and security features of the website, anonymously.
Functional
Functional cookies help to perform certain functionalities like sharing the content of the website on social media platforms, collect feedbacks, and other third-party features.
Performance
Performance cookies are used to understand and analyze the key performance indexes of the website which helps in delivering a better user experience for the visitors.
Analytics
Analytical cookies are used to understand how visitors interact with the website. These cookies help provide information on metrics the number of visitors, bounce rate, traffic source, etc.
Advertisement
Advertisement cookies are used to provide visitors with relevant ads and marketing campaigns. These cookies track visitors across websites and collect information to provide customized ads.
Others
Other uncategorized cookies are those that are being analyzed and have not been classified into a category as yet.
SAVE & ACCEPT